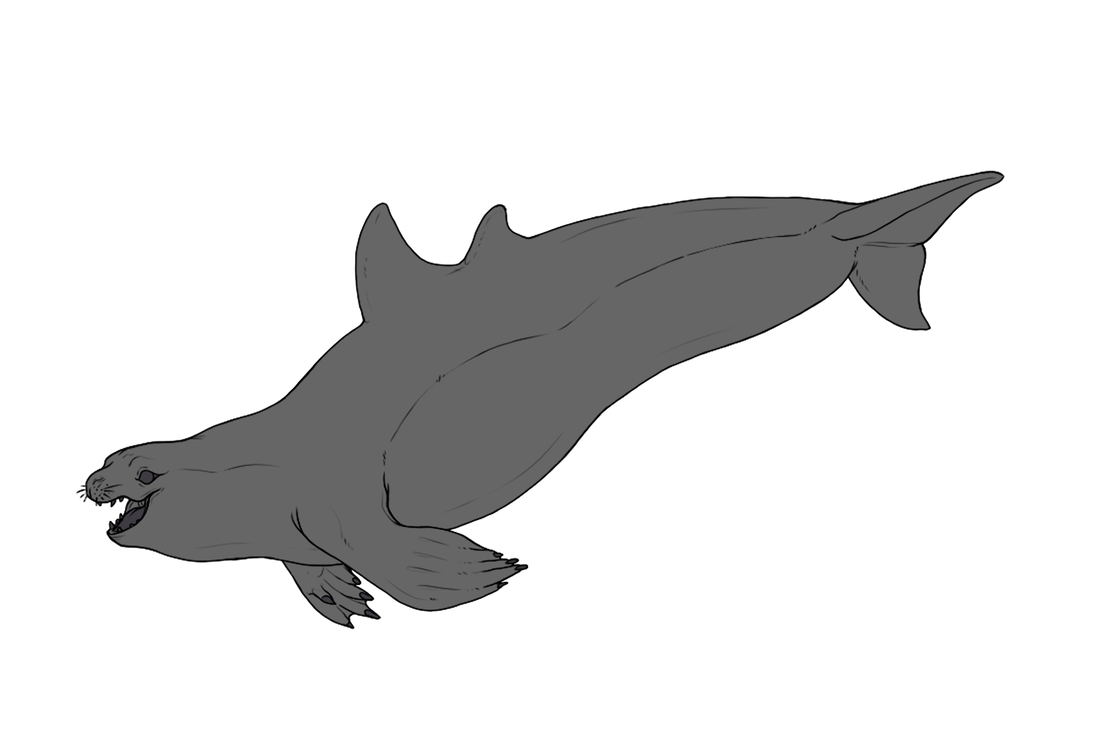 Distant relatives of orcas and seals, the Toothed Singer is an Apex predator, also known as the Queens of the Seas or Killer Queens.  They can and will hunt anything they please.  On rare occasion, they have also been spotted hunting other Aqrion species, yikes!
Toothed Singers are large and have an imposing presence.  They have large sharp teeth perfect for hunting anything from fish, to tough shark hides. Their flippers have slight finger-like digits with tough claws on them.  They primarily use the claws to dig for hidden treats within the rocks.

Toothed Singers are protective dragons, they form close bonds within their pods and will do anything to ensure their safety.  The matriarch is often the oldest female of the pod.  When the time comes the older matriarch will retire, taking on a more granny type role. The Matriarch role will pass down onto the next female in line.  Sometimes the next female is chosen due to genetic lineage, other times the role is voted in with the strongest and wisest female selected.  Toothed Singers are very protective of their families, and will ensure that every member in their pod is thriving.

Toothed Singers are often wanderers, never staying long in one location.  They do tend to prefer the colder waters where prey is more abundant.

Toothed Singers will hunt and eat just about anything.  They hunt and eat prey as small as herring, or as large as blue whales.

Toothed Singer's give birth to live pups, similar to mammals.  They also nurse their pups with milk.

Toothed Singers grow a little slower than their Phin Singer cousins.  They grow rapidly in their first 6 years where they often reach their adult sizes.  Even though they are of adult size, they don't reach maturity until the ages of 12.

​They have an average lifespan of about 200 Years.

After the Great Nuclear War the humans caused, the orcas and leopard seals of the time became trapped in the southern poles of the world.  Secluded from the rest of the world in an icy prism in a sort of ice age.  Due to radiation and the sheer will to survive, they somehow managed to cross breed, creating the Toothed Singers we know today.  They were smaller at first, but as the frozen prism that was trapping them began to melt and shift it's walls becoming larger, prey became more abundant and they became more successful, growing larger.
G-0N3EDE506G