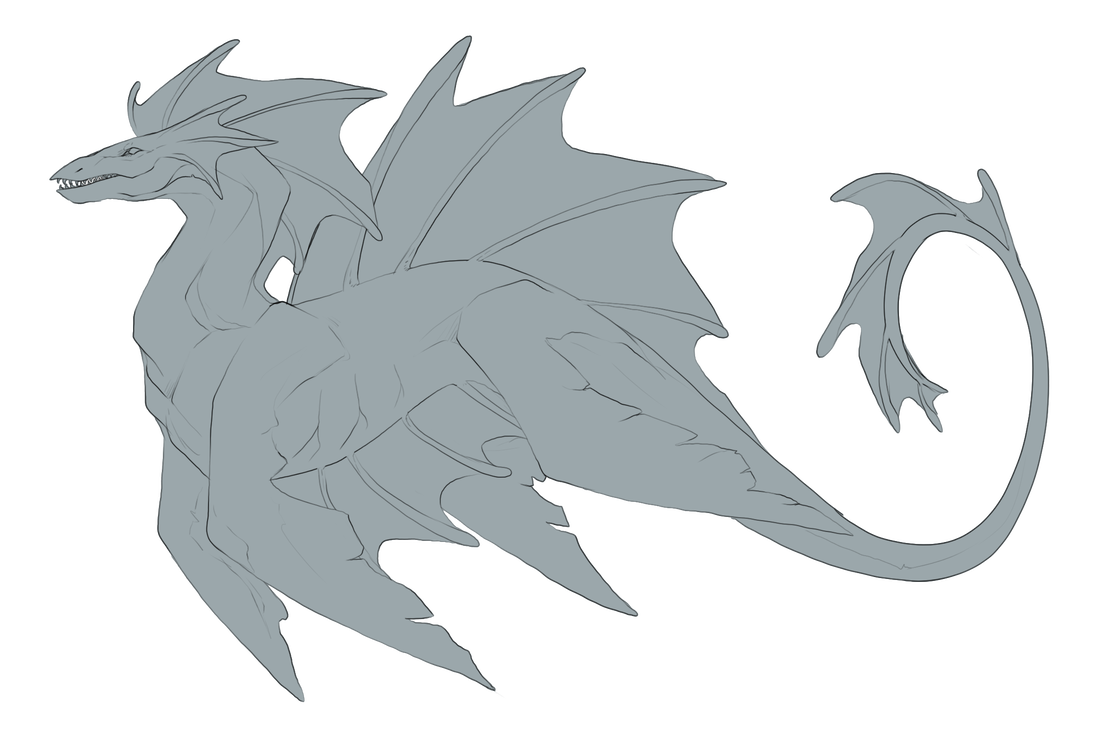 These Aqrion have evolved to life in the kelp forests. Their slender bodies make them quite nimble and excellent swimmers, able to expertly navigate the underwater forests. Their tails are extraordinarily dexterous, allowing them to hold onto the kelp and grasp objects. They have evolved capabilities of writing and crafting different materials.

Giant Aqrion have very large fins that aid in their agility as well as for mating rituals. Their membranes often have the brightest of colours compared to the other subspecies.  They are able to raise and lower their fins similar to fish and cockatiel crests.

This subspecies of Aqrion is the most prominent of the Aqrion species and while they can be found in every biome they typically prefer the warmer waters of the kelp forests, seagrass meadows, and lagoons.

The Giant Aqrion are the most social of the subspecies.  They live in the largest of communities together.  Most of the larger cities are populated by Giant Aqrions.

Their diet consists of both fish and plants.  They are capable of preparing and cooking dishes, which they share with friends and family.​

Giant Aqrion build kelp nests and lay up to four eggs per clutch.  Their eggs are similar to fish eggs with a slightly thicker membrane around them.
They are the fastest to incubate and grow up, making them the most widespread of the subspecies.  Their pups moving out of the nest by 6 months on average.

Giant Aqrion have very high survival rates due to their social natures and advances in medicines.  Aqrion pups often live among a group of other Aqrion parents and their pups, encouraging social behaviors and play at an early age.

On average, the Aqrion care for their young for a year.  After which, they are free to move on their own.  Most commonly they stay with others in their age group along with a few older adults.  They still have much to learn, and it is best to watch the elders before trying something new.

Giant Aqrion on average live to be about 200 years old.

After the Great Nuclear War decimated most of the planet only the strongest of species managed to survive.
Of those that survived the initial bombing had mutated greatly from their original forms.  The first to do so were the Giant Aqrion.  At first they were tiny lizard-like creatures that had moved into the ocean.  Then with the warming of the planet and the large amounts of radiation, they began to grow and grow into what they have become today.

Extremely resilient, they have managed to populate the almost entirely aquatic world.  These were the first intelligent creatures to make a come-back after the War.   They have since made massive societies were they look out for one another and live under orderly rules.
G-0N3EDE506G