COMMON MUTATION
The Fins and Flippers of an Aqrion have visible fingers with claws at the end.​ 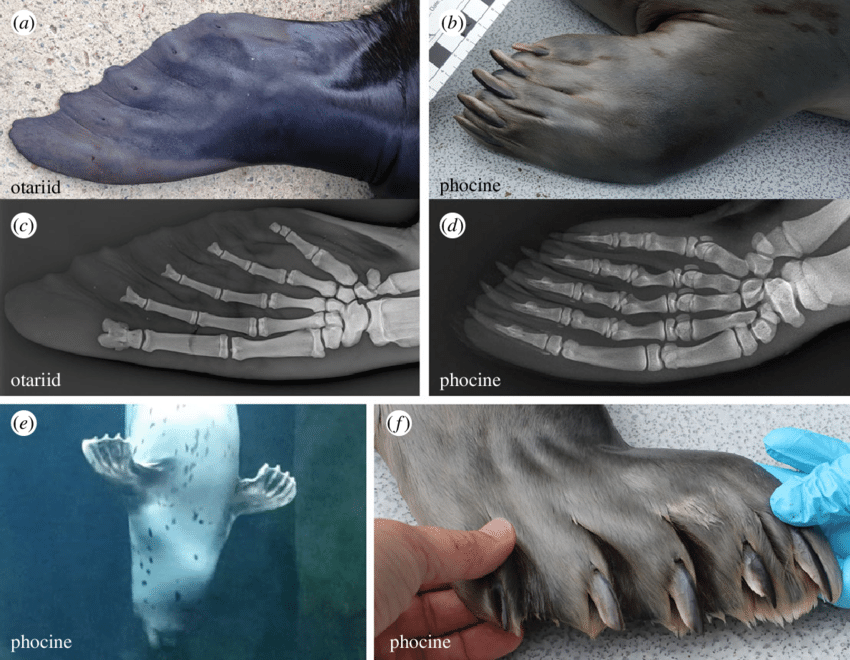 a & c show a regular flipper. b d e & f show the same flipper, but with the clawed mutation.

COLOR, TEXTURE and INTERACTION WITH OTHER MARKINGS:

At minimum, may add one tiny claw at the pectoral fin tip.
At maximum, the fingers and claws may be pronounced on both pectoral and pelvic fins.

Fingers are part of the body and follow body colour rules.
Markings such as unders and blanket are allowed to extend all the way to the finger tips.
​
Claws may act as normal claws, and if desired they may follow the special features rules.

Polars who already have claws may appear to have extra claws, or greatly extended claws (think Wolverine hero).